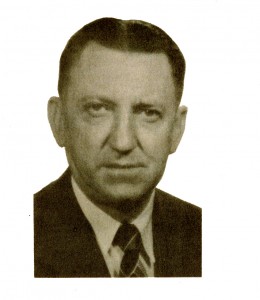 Milton Zeis was born in Rock Island, Illinois on December 10, 1901. Starting at a very young age he wanted to live life to the fullest. At 9 years old he set off to see the world and hopped a train West to Calfornia. As a little boy, Milton was fascinated by the circus and it was there he learned of tattooing and magic. It would later prove to be very influential even through the latter parts of his life.

Milton was a jack of many trades and he did quite well with each of them. He was and still continues to be influential to the tattoo community. Milton was very open with his knowledge of tattooing by sharing tips and training others how to tattoo. “The Zeis School of Tattooing” included course work that was sent to students and then sent back to Milton for review. He was also known for his book,”Tattooing the World Over” and tattooing serial numbers on animals. 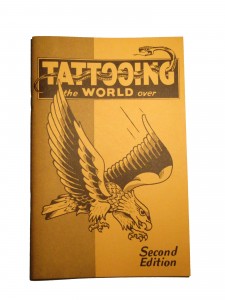 Before Milton was a full-time tattooer he was a commercial artist. He went to school at the Chicago Art Institute. The Zeis Studio first began as a commercial art studio. He also worked for two publishing companies, Microswitch in Freeport,IL and Rockford Illustrating.

Milton was a great business man and moved to Rockford, IL for a better opportunity. The Zeis studio was a tattoo supply shop that did extremely well. He sold merchandise all over the world through word of mouth and his customer service was great. Milton was very down to earth and treated all men equal.

It wasn’t until the early 60’s on a hot Fourth of July day where he performed at a picnic in his clown outfit. He was the head clown for the Shriners and he went by the name “Uncle Milty”. He enjoyed performing for children and traveled across the country. 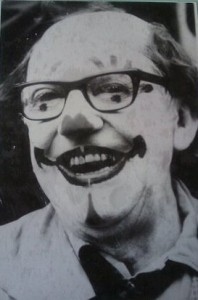 Last but certainly not least, Milton was a family man. In 1924, he married Eleanor Gartman and later in 1932, they gave birth to their only child, Joanne. Unfortunately, Eleanor was diagnosed with cancer and passed away on November 19, 1945. Milton always helped out where he could and stayed by her side. Later he married Lorna on July 16,1949. Lorna had one daughter, Mary.

Milton had a very full life. He died at the age of 71, while getting ready to perform magic tricks in Lanark, IL in 1972.

We use cookies to ensure that we give you the best experience on our website. If you continue to use this site we will assume that you are happy with it.Ok